Mike Gundy has hired Jim Knowles, along with five other coaches.

Knowles spent his last stint at Duke as the defensive coordinator.

Gundy announced the hire on Twitter, along with other hired assistants. According to Knowles’ Twitter Page, he is officially the defensive coordinator. That title was not made official when the hire was announced. 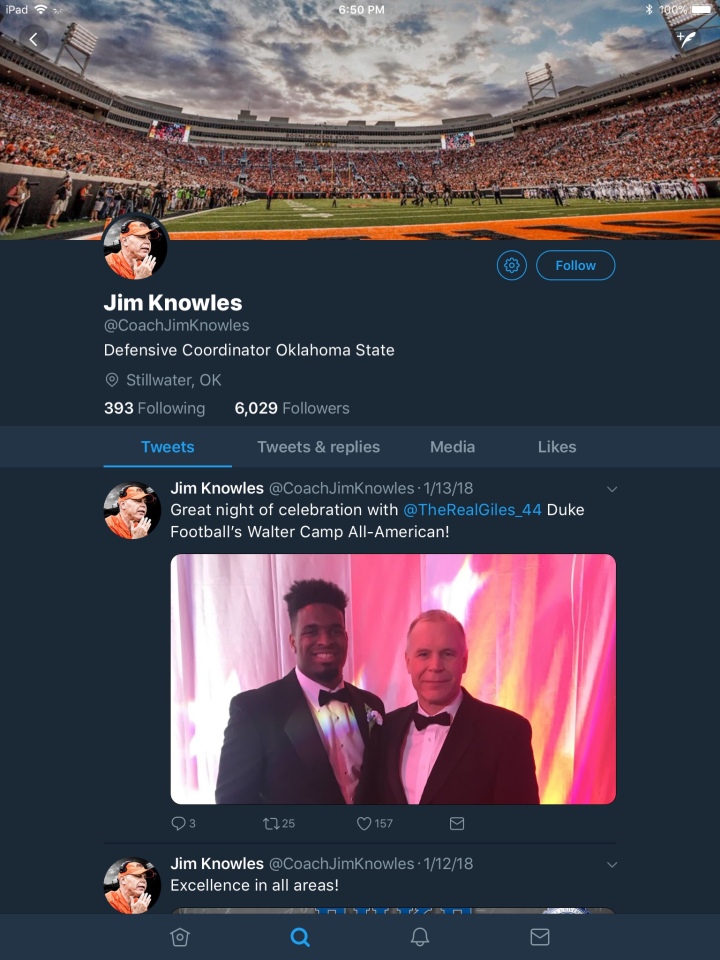 This story is developing, check back for updates.