So almost 40 games into this crazy NBA Season a few things have happened. The Utah Jazz are the fifth seed in the west, The Dallas Mavericks are in the last place in the west, Lebron is complaining about how he is unfairly refereed (wait that’s not out of the ordinary at all just a season thing), Joel Embiid has a huge crush on Rihanna (I don’t blame him at all), oh and NO ONE is talking about Steph baby-face Curry.

Now for the mid-season awards:

Probably the most underrated contributor to a basketball team is the sixth man. Having a strong sixth man makes a world of difference for any NBA team. Being named Sixth Man of the Year is almost as powerful an honor as being named the MVP… well, almost. So who wins this prestigious award this season? Guys like Jamal Crawford and Andre Iguodala are always in the conversation, but this year, all eyes are on two different guys. 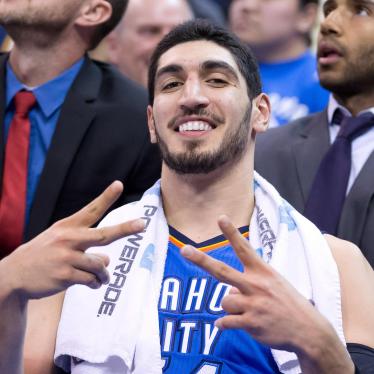 Eric Gordon of the Houston Rockets began the season starting but later moved to the bench. Gordon is averaging 17.8 points per game and is currently leading the league in three-pointers made. Without Gordon, the Rockets would definitely not be in the three spot in the West. So Gordon is having an excellent season so far, but Enes Kanter still has the edge. Kanter not only is putting up great numbers off the bench, averaging 13.6 points and 6.3 rebounds in just 20 minutes per game, but he’s also impacting the court as a whole. The OKC Thunder are playing through him in situations where Russell Westbrook is on the court, giving them a much-needed advantage. The two things that kept him from achieving this award last year, defense and passing ability, have both increased at a rate no one saw coming. Also take a look at that mustache… beautiful. As of right now, Kanter is the 2016 -2017 Sixth Man of the Year.

The most improved player award is the man who is realizing his potential and, is a top 5 contender for the MVP and Defensive Player of the Year award. None other than the Greek Freak.

A few years ago Milwaukee took a chance on a 6’9 wing with incredible raw skills. That investment has paid off in a big way… due to the fact that he’s grown three inches. His stroke is improved tremendously (and, getting better). He is a matchup nightmare. At times he seems literally unstoppable. In all honesty, he’s the most relevant draft pick since Lue Alcindor (check spelling). In short. His growth both in size and, skill has made the Bucks team mean something when you play them for the first time in a long time. There is only one choice here.

The Midseason pick for Western Conference MVP is none other than Oklahoma City’s own Russell Westbrook. A very very close second is James Harden, third Kevin Durant, fourth Kawhi Leonard, and fifth Anthony Davis.  The reason I gave the edge to Russ is where would this team be without him? The Thunder would be in the last place in the west if Russ wasn’t on this team. He is averaging a triple double which is absurd. He has improved on defense and is a great leader to his teammates. But most importantly Russ has mastered his passing, he has proved it by hitting the ref in the head with the ball from a long distance.

James is having a great season but you must remember he is playing for Mike D’Antoni a coach who runs his whole offense through the point which is James, remember Steve Nash won two MVP’s under Mike. James is benefiting a lot from the system which makes him seem like the MVP. 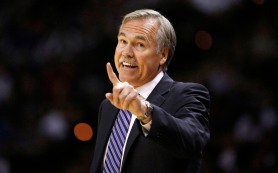 This isn’t easy for me, shitting on Mike D’antoni is one of my favorite pastimes but it’s hard to argue it at this point. The Rockets have completely overachieved and seem to be thriving in Mikey D’s up-tempo, defense optional, basketball blitzkrieg, going 30-9 heading into the midway point. I don’t think this pace can continue but with the team obviously bought in and James Harden challenging Westbrook for MVP, Coach D deserves this one. 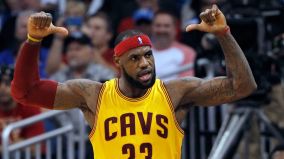 There’s no argument here. The Cavs are dominating the conference and the only other remote competition standing in his Majesty’s way is fighting for a playoff spot on an underachieving Bulls team (Jimmy Butler). Lebron could easily be Eastern Conference Commissioner at this point and only God stands in his way for a 7th consecutive trip to the Finals.

This is one of those awards that never seems to shock anyone. Draymond Green and DeAndre Jordan have their cases. Hassan Whiteside has a case on a bad Miami Heat team, but none of these guys compare to Kawhi Leonard. Ever since he came into the league and was traded for George Hill, he has been one of the elite defenders in the league. He came into the league in 2011 slowly picking up the Spurs’ way. Then he won the Finals MVP in 2014 after locking up LeBron. Kawhi is the best defender in the league and it isn’t really close. This year Leonard is fifth in steals but has lacked in blocks. 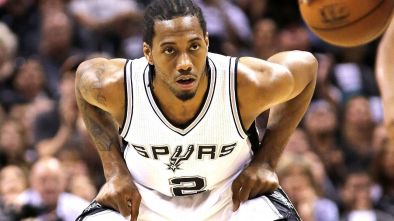 This has to do with the addition of Pau Gasol and resurrection of Lamarcus Aldridge dominating the paint. However, Kawhi’s defensive production doesn’t show up in the stat book. It doesn’t gather very many tangible items. It is all he does when he’s running over screens, closing out on shooters and playing lockdown perimeter defense. Nobody in the league can match Kawhi defensively. He is like a good NFL corner. Most of the good NFL corners don’t rack up a ton of interception or pass breakups because the quarterback doesn’t throw their way. That’s exactly how Kawhi’s stats work. He isn’t going to be a stat-stuffer, he’s just going to be the best defender to guard your best player. He is continuing the Spurs dynasty by running the Popovich system. That is why Kawhi is my Defensive Player of the Year.

Now to finish it off for the Rookie of the Year it’s The Process himself, Joel Embiid. Hey maybe Sam Hinkie’s plan is just taking a little bit longer to play out than anyone originally thought. Anyways Embiid has been killing it all over the floor.

He is the one player that the 76ers can look to and say that the losing was really worth it. Who knows maybe when Ben Simmons comes back the 76ers will look like a complete team. Right now The 76ers need a lot but Embiid’s surprising production, after his lengthy time away due to injury, has been a huge talking point surrounding the team. If I had to sum up the 76ers the phrase would be, “Trust The Process,” just in case Bleacher Report and ESPN hadn’t already pounded that phrase relentlessly into your mind. the future is much brighter for the 76ers than previously thought, at least when you compare them to The Brooklyn Nets.